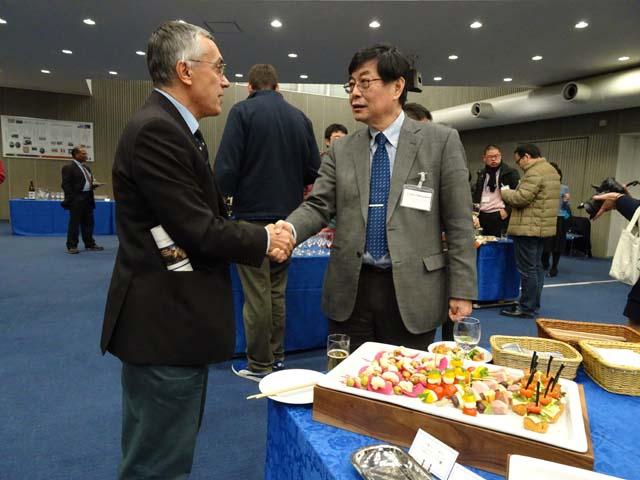 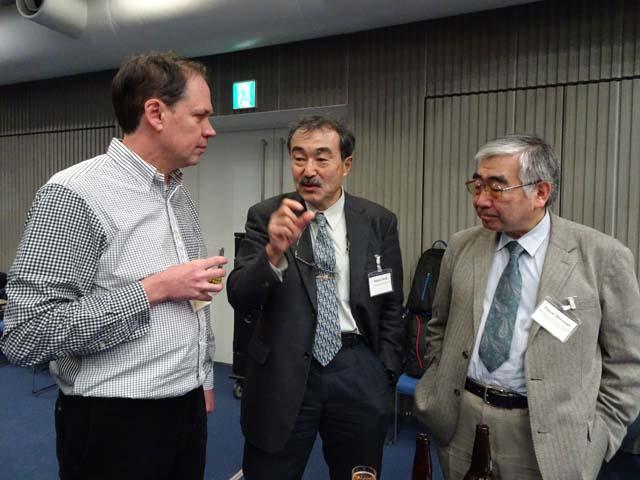 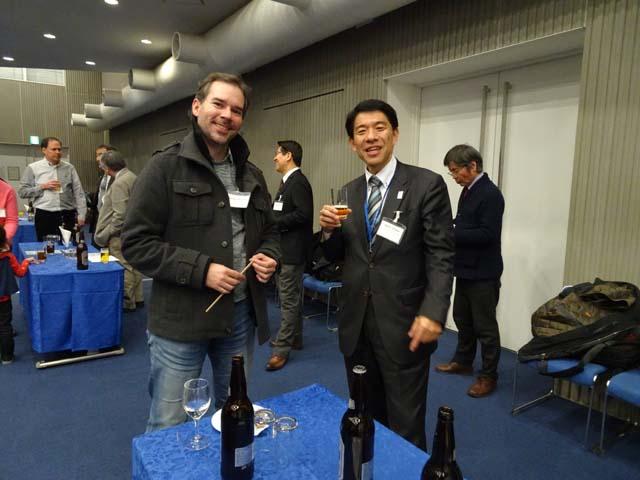 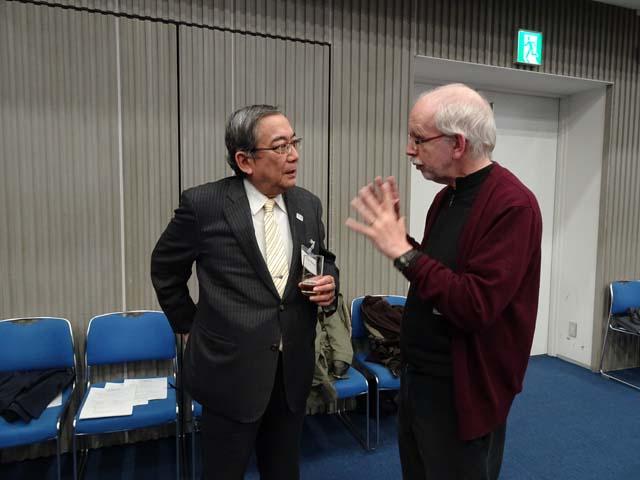 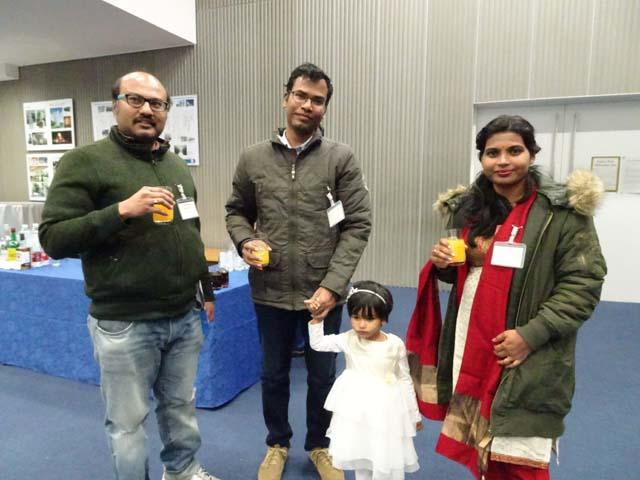 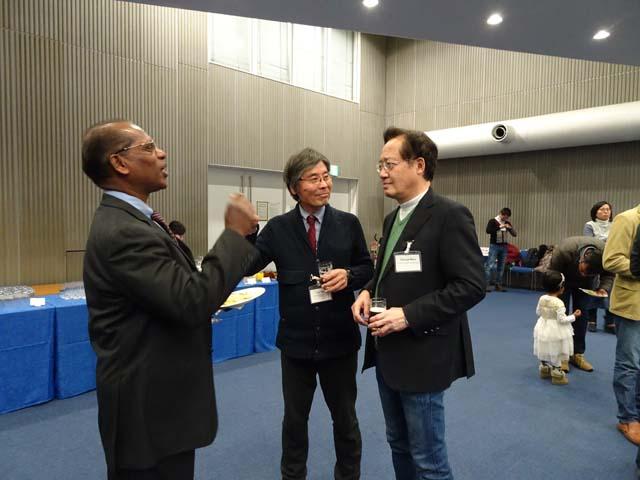 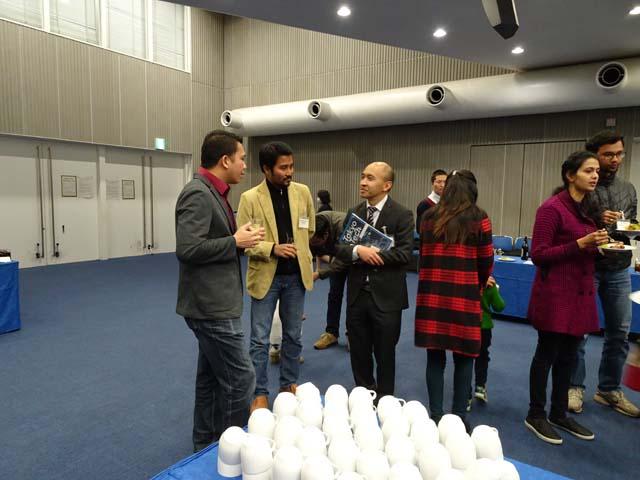 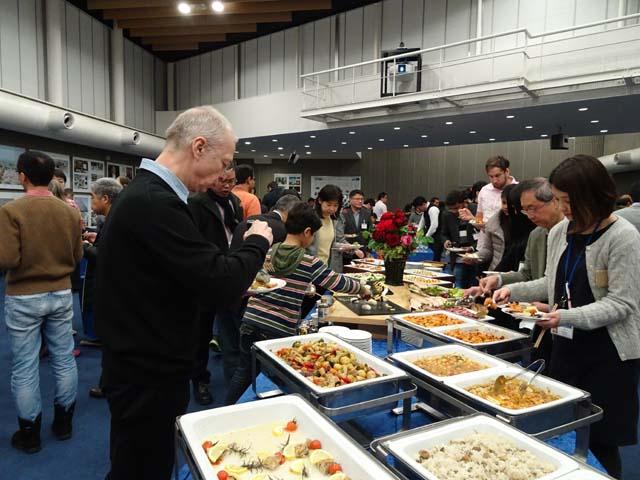 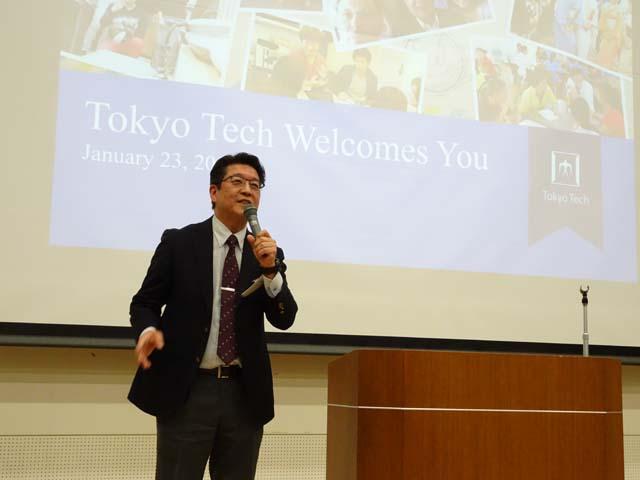 Under invitation from the president of Tokyo Tech, researchers, faculty, and executive staff attended the 53rd orientation for international researchers and international exchange party Tokyo Tech Welcomes You. The biannual event provides an opportunity for researchers from all fields to come together in promotion of academic and cultural exchange. 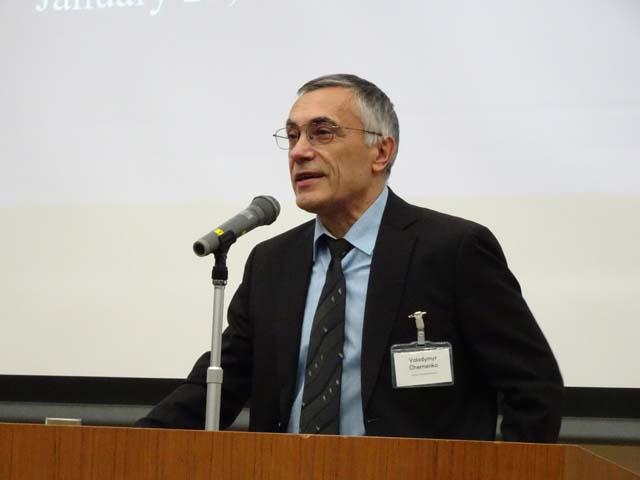 Special guest speaker Volodymyr Chernenko, a professor of the World Research Hub Initiative (WRHI), began his speech by congratulating everyone on being a part of Tokyo Institute of Technology. This world-famous Institute, he says, not only holds great and rare opportunities for aspiring researchers and the like, but it is also home to numerous distinguished scientists, not least the 2016 Nobel Prize Laureate, Yoshinori Ohsumi. Sharing his copious experiences in many countries around the world, Prof. Chernenko concluded with that of a trip to Mount Fuji with Japanese colleagues and friends, during which myths of the distant, unsmiling Japanese he had heard so much about had been dispelled after experiencing first-hand their openness and kind-heartedness. He encourages everyone to remain open-minded and to have good faith in people, and to simply enjoy our lives, upon which we have been bestowed the good fortune that brought us here to Tokyo Tech. 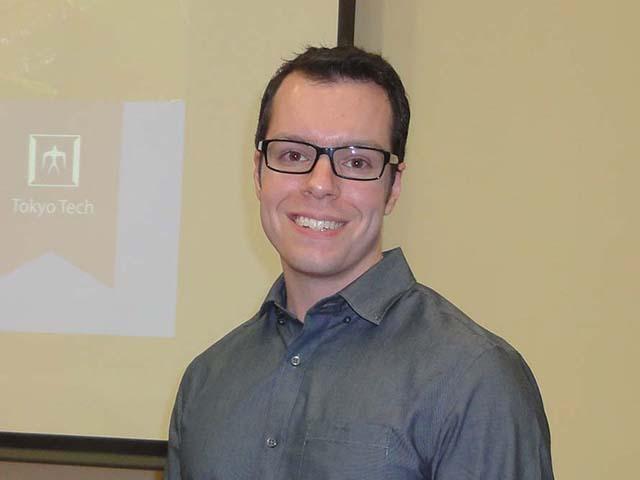 Dr. Gregory Gutmann is a Specially Appointed Assistant Professor of Computer Science. After attaining a bachelor's in his home state of Ohio, the John Caroll University alumnus decided to endeavor living and studying in a foreign country. Intrigued by both German and Japanese technology and education programs, he finally chose to come to Tokyo Institute of Technology, a choice influenced by the friendliness of the professors and their readiness of response, where, via a MEXT scholarship, he completed an integrated master's-doctoral program in the Department of Computational Intelligence and System Science.

Furthering his great breadth of knowledge and experience in the field, Gutmann is also involved in helping develop software for deep learning - a technique used to implement machine learning, or the ability for machines to learn without explicit programming. Deep learning software attempts to mimic the activity of neurons in the brain by creating its own digital "neural network" that, like humans, may learn, recognize, and make inferences among other things, and which could ultimately help in achieving remarkable advances in artificial intelligence.

Gutmann enjoys a one-of-a-kind experience in Japan and at the Institute, and is particularly pleased with his current position at Tokyo Tech, as it offers not only the benefit of sufficient funding, but it also allows him to dedicate a substantial amount of time to assist students and support their research, as well as to conduct research of his own.With unlimited opportunities within his reach for the future, the optimistic researcher is contemplating remaining in Japan after his current contract with hopes of becoming head professor of a lab or an R&D professional in academia and industry. No matter the position or the field - business analytics, games, or biology - he intends to continue his cyberquest to further enhance and develop technology with wide-ranging applications in order to contribute to amplifying human capabilities while bringing about modern conveniences. 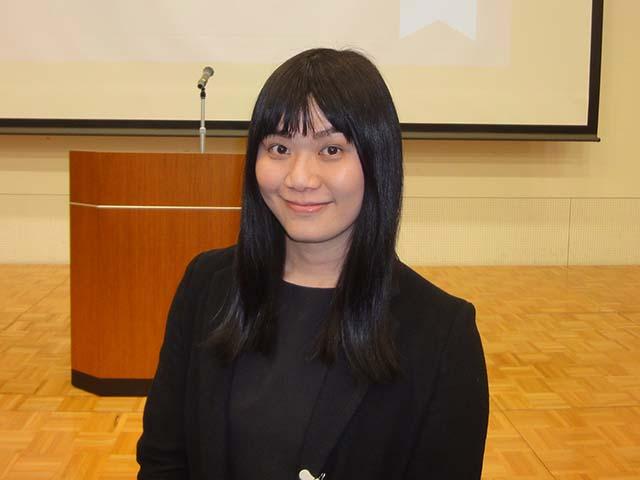 JSPS post-doctoral researcher Dr. Nunthaphan Vikromvarasiri, or more commonly referred to as "Mod", attained her PhD in environmental technology at King Mongkut's University of Technology Thonburi (KMUTT) in Thailand before coming to Japan. Her subsequent one-year experience as a Tokyo Tech visiting researcher that began in March 2016 proved to be an exceptionally wonderful experience, and it would bring her back shortly thereafter to continue building on her career.

Her choice to come to Japan and to join the Institute was due in part to hearing many admirable things about Tokyo Tech, not least of which is the access to the most advanced technologies and fantastic facilities for studying and conducting research. In addition, chance meetings with Japanese people in her home country and learning about their background and experiences made a lasting impression on the microbiology specialist in terms of the culture and work ethic. She is happy to report that her actual experiences here have not fallen short of her expectations, and she has also pleasantly learned of and come to deeply appreciate the benevolence of the Japanese people.

As a scientist, she is interested in venturing the undiscovered, from the activity of the vast percentage of unknown microbes in the world - a subject that had captured her interest and sparked her love for microbiology since high school - to the development and establishment of never-before-attempted experimentation methods, the results of which have earned her five publications to date.

Her current research largely involves the production of bacterial cellulose, an organic compound with a wide variety of commercial applications including textiles, cosmetics, food, and even medicine. Different procedures for its production are currently being investigated in many fields for large-scale processing and/or the ability to manipulate it in order to give it specific, desirable properties. Mod devotes her time to devising pioneering methods to produce the naturally-occurring material. One of these is creating thermophilic (or "heat-loving") conditions by raising the temperature to about 50°C as opposed to the usual 30°C, as she says that higher-than-normal temperatures helps enormously in eliminating contaminants. The ambitious researcher's ultimate goal is to contribute to the diverse usability of this particular cellulose, including in medicine and skin treatments, among others, as well as to finding cheaper production alternatives for high quality products.

Dr. Nunthaphan Vikromvarasiri belongs to the Department of Transdisciplinary Science and Engineering and is a member of the Nagasaki Laboratory.