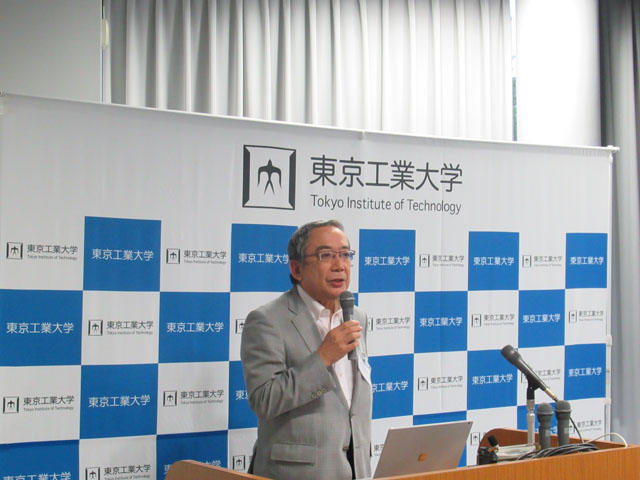 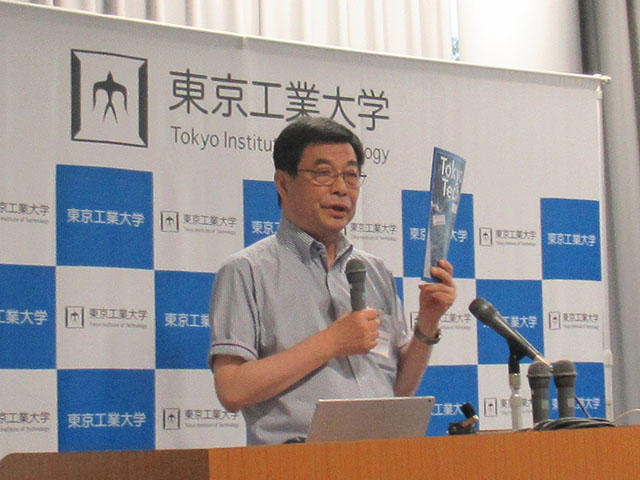 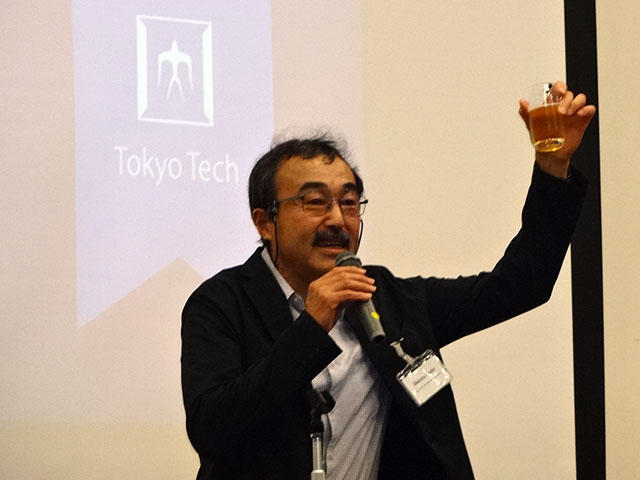 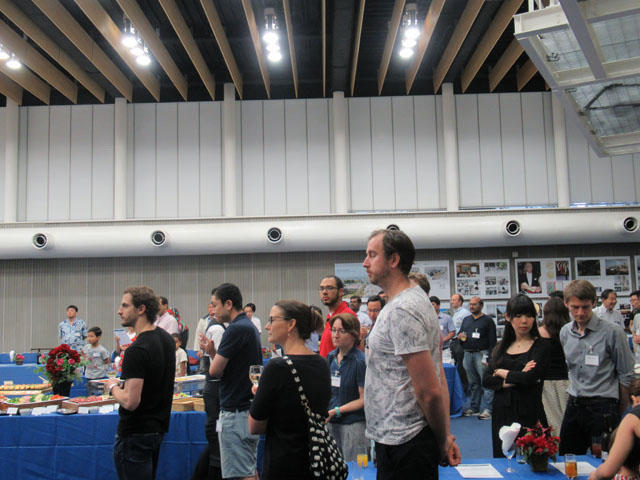 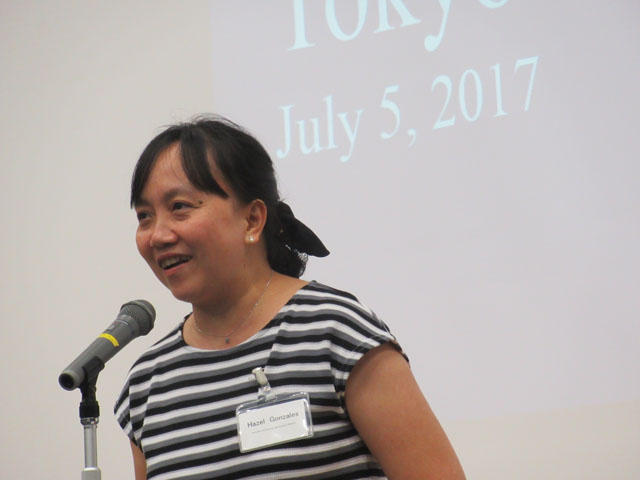 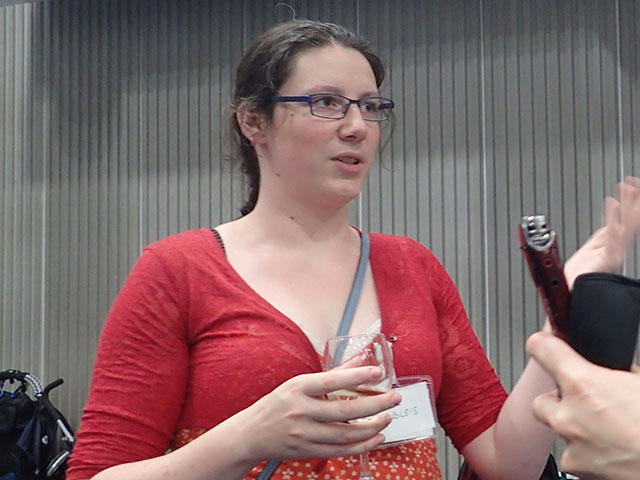 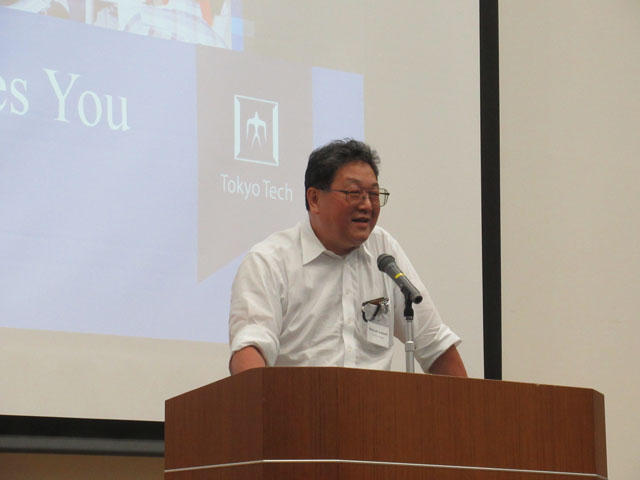 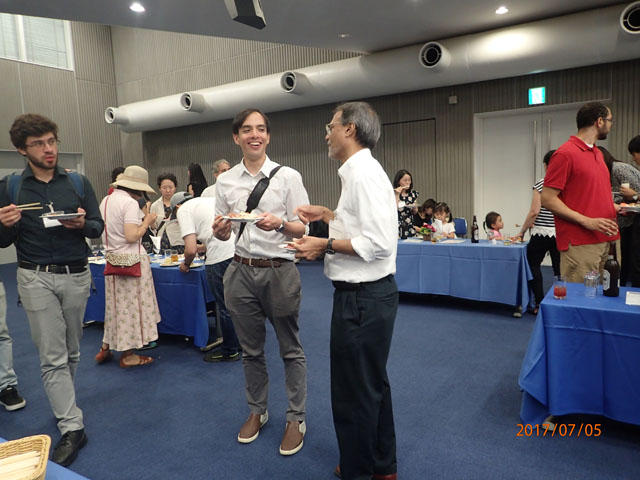 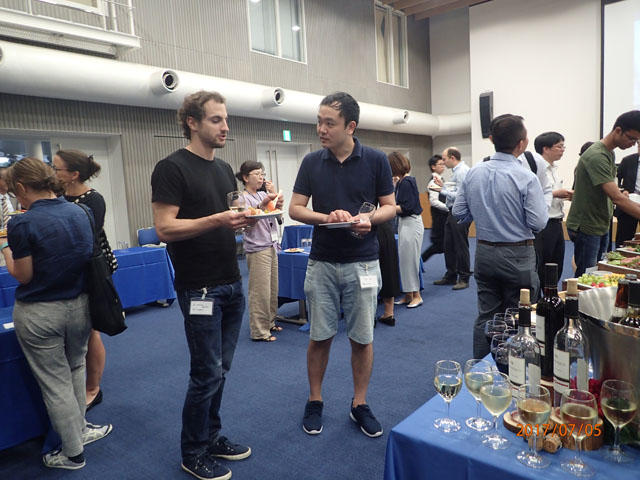 On July 5, 2017, under invitation from the president of Tokyo Tech, researchers, faculty, and executive staff attended the 52nd orientation for international researchers and international exchange party Tokyo Tech Welcomes You. The biannual event provides an opportunity for researchers from all fields to come together in promotion of academic and cultural exchange. 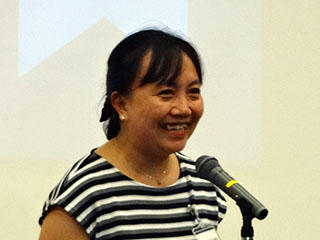 As the saying goes, "change is the only constant". It provides valuable life lessons and makes us who we are. It is inevitable. Although some easily adapt to and go with whatever changes come their way, others go to lengths to avoid and suppress it.

These are some of the words that Specially Appointed Associate Professor Hazel Gonzales uses to prelude the changes and challenges that come with living in a foreign country. She laments typical issues from mastering the language to encountering cultural differences to illustrate the most important part of dealing with unwelcome changes and hardships - perspective. She discerns that "rather than having change affect us [in the negative sense], we [ought to be affecting] change".

Looking back on her years in Japan, where she has spent over half of her life, Gonzales has come to realize that this previously feared change has actually brought about positivity and value, as it has brought her to exactly where she is in life today.

Though we may naturally feel discouraged by many troubles like lack of time, sleep, and research funding, rejected publications, overwhelming amounts of work and responsibilities, and other parts of life on and off campus, the hopeful professor encourages her listeners to alter their outcomes by altering their perspectives. Envy those who stand still in the face of change or learn from them. Dwell on having achieved substandard results and blame the circumstances that led to it, or choose to view it as an avenue for improvement.

Change may be constant, but the feeling of lacking control over how it affects us does not have to be. After all, if change is present in all other elements of life, why not in our views? 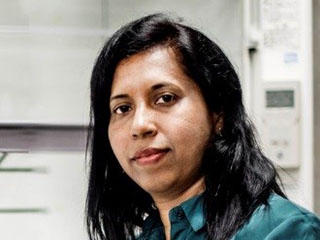 Also attending the reception was Rehana Afrin, an experimental evolution research scientist at Tokyo Tech's Earth-Life Science Institute (ELSI). Before completing school in her native Bangladesh, she would dream of continuing her studies via a prestigious scholarship in a country leading in technology. Having listened to her teachers regale with stories of their many work experiences in Japan, she decided it was exactly where she would like to realize the ambition. She did just that by receiving a JSPS scholarship and coming to the Institute, where she has now been for over 15 years, committed in her quest to discover how life on Earth began.

After attaining undergraduate and master's degrees in biochemistry and a subsequent PhD in biotechnology (later changed to biological information), she began her investigation at Tokyo Tech in life sciences; an area that has fascinated the scientist since childhood. One theory of primordial beginnings, Afrin says, is that biomolecules such as amino acids, nucleic acids, proteins, lipids, and carbohydrates gathered on the surface of minerals and, with inorganic compounds working as catalysts, they began to polymerize, eventually evolving into a higher structured molecule - the protocell. Still far from the first form of life, she explains, this structure contains the very minimum, necessary components. However, since the actual interaction between the molecules and minerals that led to its formation is still unclear, as is what influence upon it the hostile environment of the time had, the biochemist has set for herself the challenging goal of determining a plausible hypothesis for life's inception. She is now looking to nanotechnology, an entirely new approach at ELSI, to study these tiny molecules.

Transdisciplinary study, Afrin insists, is crucial in deepening the understanding of one's specialized field and executing practical application of that knowledge. She herself has delved into and worked closely with scientists in fields other than biochemistry, such as physics, chemistry, engineering, geoscience, earth science, and more, collaborating and exchanging information with them for the benefit of research and knowledge. In the same way, all that she has learned and experienced has been equally important and essential in contributing to her work and knowledge. Presently she is focusing on the minerals believed to have been present during the Hadean, Earth's first eon, such as pyrite in order to try to simulate the long sought-after mechanisms that led to life on our planet. 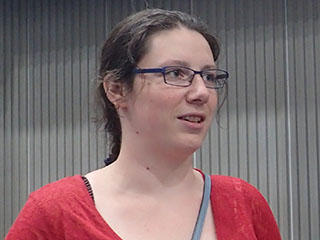 Marine Lasbleis, a deep Earth geodynamics research scientist at ELSI, was also in attendance. After completing a PhD in geophysics in her home country of France, she came to Tokyo Tech where she now specializes in the earth's core and electromagnetism. In addition to this, she has recently branched out into the field of exoplanets - planets outside of the solar system - joining many other scientists in a remarkable journey to discover and confirm their existence.

The purpose of her research on the earth's core is to answer questions such as, why and how is there such a thing as a magnetic field? How is it formed now, and how was it formed in the past? What we know so far, Lasbleis explains, is that a magnetic field exists on Earth, as common devices such as the compass use it. Yet, its origins continue to be a mystery. Since the predominantly iron core sits thousands of kilometers below the surface and cannot be accessed, experiments are done, many by ELSI director Kei Hirose, in which iron is brought to extreme temperatures and pressures in an effort to simulate the conditions of the globe's deep interior. The results, which measure properties of the metal such as conductivity, are used by the geophysicist to conduct her research on the generation of the earth's magnetic field.

Lasbleis' other area of focus, exoplanets, is the part of her research she considers to be the most important. Not only does it fascinate the general public, but its results could unlock the answer to the question humans have been asking since antiquity - does life exist somewhere else in the universe? Furthermore, and tying in with the above research, she hopes to uncover whether other planets have a magnetic field or if it is particular to the earth, and if it is necessary for life on other planets. The discovery of exoplanets, particularly those similar to the earth in size and mass, could also mean achieving a more distant goal of finding or creating an environment inhabitable by humans.

Aside from searching for other forms of life, the young researcher also aspires to understand the atmospheres of other planets to eventually be able to fathom the precise uniqueness of the earth and the formation of our solar system. "I am mostly studying Earth at the moment. I have started a project on Mars, and maybe a couple of things on Venus," she casually remarks. However, the findings of these projects will surely be no less than astounding to her readers and followers.

The 53rd Tokyo Tech Welcomes You will be held in January 2018.