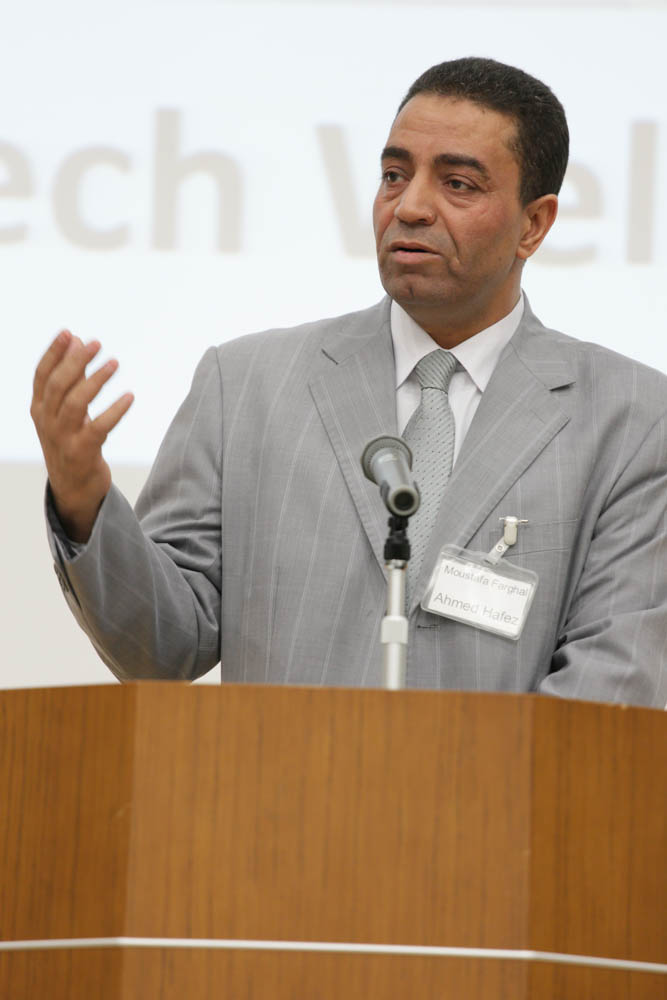 Our guest speaker for the 45th International Exchange Party was Dr. Moustafa Farghal Ahmed Hafez, professor of Physics at the King Abdulaziz University in Saudi Arabia, and an x-JSPS fellow. He is on leave from Minia University - Egypt, and was awarded a Ph.D. from Kanazawa University studying semiconductor laser technology under Minoru Yamada, a Tokyo Tech alumnus and a leading researcher in the field of semiconductor lasers. The research interest of Dr. Ahmed includes dynamics and noise of semiconductor lasers and their applications in optical fiber links. The Google link of his research citation is here.

On this occasion, Dr. Ahmed came to Tokyo Tech as a visiting researcher collaborating with Fumio Koyama, professor at the Photonics Integration System Research Center. Both Dr. Ahmed and Koyama are conducting joint research projects on ultrahigh speed optical link technology, and had 8 ISI-journal publications last year. Their collaboration has been regarded as a model of success with an international scholar at King Abdulaziz university.

He has also participated in seminars led by two former presidents of Tokyo Tech, Yasuharu Suematsu and Kenichi Iga. He states that he was quite impressed with being able to exchange ideas and research interests with "Professor Suematsu's scientific family."

Although he regrets not learning more Japanese during his stay, he attributes his comfortable life here to the hospitality and kindness of the Japanese people. He ended his talk by urging Tokyo Tech to further support international students hoping to study in Japan, particularly those from the Middle East, as well as advising current international students and researchers at Tokyo Tech to immerse themselves in Japanese life and enjoy the high level of research.