Hi everyone! Where did 2019 go?! With less than a month left in the year, we decided to illustrate the uniqueness that is Japanese New Year, or as it is known in Japanese: toshi-koshi.

Christmas for many is predominantly a religious celebration or a time for families to be together. Here in Japan, it is celebrated, but more as a romantic time of year, where couples go out on dates and walk together through beautiful "illuminations" - a term coined by the Japanese for amazing twinkly-light displays in the city. Also, in Japan, sending Christmas cards to friends is not very common. Instead, they send each other nengajo, or postcards with New Year's greetings. To send nengajo to any country overseas from Japan will cost 70 yen each. If you would like to send it within Japan, you can do so from December 15, when the post office begins accepting them, and no later than December 25 if you would like it to be delivered by New Year's Day.

Soon after Christmas in Japan, people start preparing for the new year by honoring several traditions at the year end. These include: doing an oo-souji, literally meaning a "big cleaning," which we covered on our blog last year; setting up kadomatsu, decorative pine tree and/or bamboo arrangements in front of homes to welcome ancestral spirits of the harvest; displaying shimenawa, sacred straw festoons that are decorated with beautifully cut paper and used in purification rituals in Shintoism, and; offering kagami-mochi, two round rice cakes (one stacked on top of the other), to particular deities for good fortune. There are also lively rice-pounding events at the end of the year, where people gather to make kagami-mochi and ozoni, a New Year's soup that includes mochi.

While in many countries, people enjoy lively New Year's Eve festivities including fireworks and countdowns at parties, New Year's in Japan is largely a quiet family affair. Most families eat soba noodles and pray for longevity on the night of the New Year's Eve - a tradition referred to as toshi-koshi soba. All through the night on New Year's Eve, monks across Japan strike their large temple bell, called joya no kane, to rid us all of negative feelings like anger, obsession, and suspicion, which Buddhists believe ultimately obstruct our path to happiness. Paying a visit to shrines and temples during this time is highly recommended.

During this season, various traditional Japanese events are held in department stores, shopping malls, and other commercial centers. The Japan Open Air Folk House Museum, known in Japanese as Nihon Minka-En, in Kawasaki will be holding fun events to celebrate a Japanese-style new year on January 4. You can get there by bus or on foot from Mukogaoka Yuen station (Odakyu line) or Noborito station (JR Nanbu line/Odakyu line). Check out the website below for the details.

Best wishes for the new year! 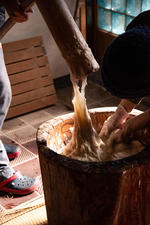 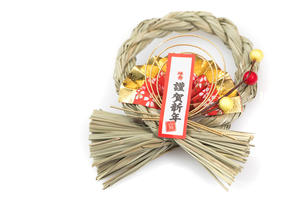 Hi everyone! Are you enjoying your ...